– When you lose lots of money against your will or unexpectedly.

This is what was happening to me over the last few months of 2011.  Have you ever been horrendously overcharged for something?  Thought you should have gone to the market for exactly the same good for half the price?! Well you have been FR’d, yes, Financially Raped!

Some people were so fed up that Bank Transfer Day was created!  Bank Transfer Day encouraged bank customers to transfer their cash out of big banks to credit unions. The event was in response to what critics regard as aggressive fees that big banks plan to roll out.  You know those $3 – $5 $3 monthly debit card fees?  Good to know the banks came to their senses…sort of! 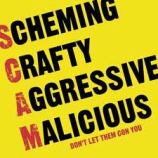 OMG!! Banks are making it increasingly easy for you to overdraw your bank account. And the money they’re reaping from your mistakes has likely hit a record high.  Banks are increasingly clearing checks from highest to lowest dollar amount, causing consumers to overdraw more often — and to be hit with a higher total of fees, the consumer’s group found.

So…. you have $100 in your account, for example, and you write three checks, for $15, $20 and $90, banks would clear the largest one first. You’d then be hit with two fees, rather than just the one you’d face if the bank had cleared checks from lowest to highest amount.

Rape is hideous, demonic, and utterly cruel, but it doesn’t need to be fatal. Long live the victorious survivors! For this year (2012) and the remainder of my life I will declare, that I am sick and tired of the crime commited against us and we’re not going to take it anymore.

I will NO longer be financially raped!!