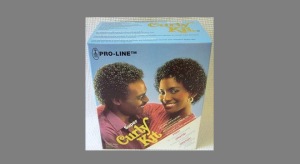 The Jheri curl is a hairstyle developed in the 1970’s by white chemist and stylist Robert William Redding. Redding was also responsible for the creation of hair conditioner and PH balanced shampoo.

The hairstyle was advertised as a low maintenance wash and wear, and easier to take care of than a chemical relaxer for blacks.  However, the activator had bad side effects such as the oil that would stain clothing, furniture and anything that came into contact with it.

Redding, also know as Jheri Redding, was a Chicago high school student strongly interested in chemistry, who started experimenting with items in his kitchen like mayonnaise and vinegars to build haircare products. By 1956, Redding started the Jheri Redding Product line in Los Angeles. He followed suit with three additional companies, Redken in 1960, Jhirmack in 1968, and Nexxus in 1979.

Redding put his haircare discoveries into the 1964 publication “The Scientific Approach to Hairdressing” then again in “The Anatomy of a Permanent Wave” in 1967.