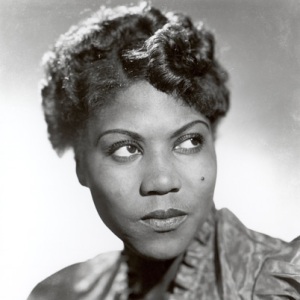 American singer Rosetta Tharpe is credited with popularizing gospel music among secular audiences during the 1930s and 1940s.

One of the first gospel artists to perform in both churches and secular clubs, she is credited with bringing gospel music into the mainstream in the 1930s and 1940s. She toured until her death in 1973.