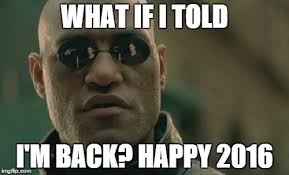 Well I just told you!  I am back from my India Adventure.  I had the pleasure of going to India with 3 other wonderful women who are also my friends and expat teachers here in China.

Now for three of us it was our first time going to India so we had no idea what to expect, but we knew what we wanted to do.  So of course our girl Kisha helped us out.  Last March 2015, she went to the Golden Triangle. Here’s the link to her first visit to India.

So we went with the following travel company.

Manohar is the BEST! He is so professional and took care of EVERYTHING for us.

So let’s get this party started!

So we have reached to Mumbai and we have to wake up at the dawn to get ready to go to with “Grandma”, as we affectionately called her, on our first tour.  “Grandma” was a BOSS and knew everything about Gateway of India and  Mani Bhavan, where Mahatma Gandhi stayed during his visits to Mumbai.  She was also very kind and loving.  She went to the hotel staff and requested them to hold a room for us to nap after our tour. #BOSS

This is Rajesh! By far he was the BEST tour guide ever! He took us sightseeing of Fort Kochi visiting, Fort Kochi, Paradesi Synagogue, Spice Market, Colonial Homes, and Temples.  It was with Rajesh that he explained the reason for the red and yellow on the foreheads, arranged marriages (his own included), how the Portuguese came to India, and the importance of getting in touch with our Third Eye. AWESOME LEARNING EVER!

Now with our last tour guide we visited a market and got a India lunch box.  If you haven’t watched the movie “The Lunch Box” you really should! Below you will find a trailer for it.

As I begin to tell you the story of this picture…

I get a bit irritated.  There’s always someone who works and it’s JUST about the money or the tip. Well this last tour guide was everything BUT a gentleman. We  decided to get our sari on.  We went to a local shop and found something that we liked and wore it to the Taj Mahal and also did a quick shoot!  FYI were were waaaaaaaay behind schedule, and we had to make it to Delhi to catch our flight to Mumbai.

Here’s the issue. When we met up with the guide he saw us and the luguage in the vehicle and started to complain that we were 20 mins late. FIRST of all homie, we have already paid for this experience and also for your time. He then proceeds to tell us in the back to move over so that he can fit. THERE WAS NOWHERE FOR HIM TO SIT!

When we get to the Taj he starts to tell us how much everything is. I look at him like he’s insane. He did NOT give us the prices the night before and then tries to place blame on Kisha, saying “she’s been here”. Sir, that is NOT her job! DO YOU KNOW WHAT HE SAYS?!

Do you have the money or not?!

What in the world?!  So this is when I lost it.  Not only did he say this, but he was also rushing us the ENTIRE time. I was calling him EVERYTHING but a child of God.  I was talking straight Memphis and patois! There was a point where he recieved a “Aha” moment and started to be cordial, but it was a LOT too late. That ship had sailed and so had his tip! Of course I let him know that too.

So my dear friends, that’s what that lovely picture is about. Two upset Caribbean women ignoring EVERYTHING that our guide had to say while at the Taj Mahal. Other than that the India trip was WONDERFUL!! 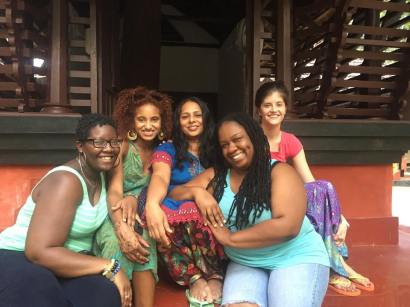 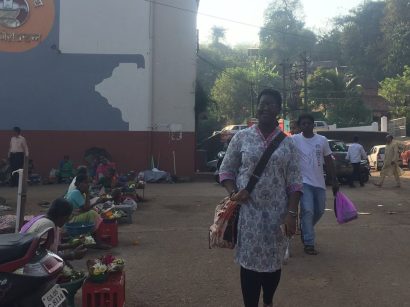 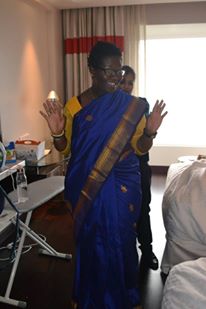 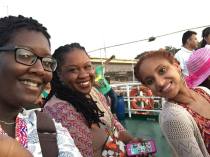 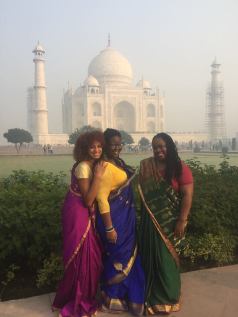 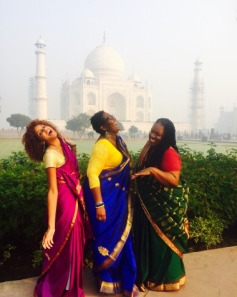